Church of the Holy Resurrection 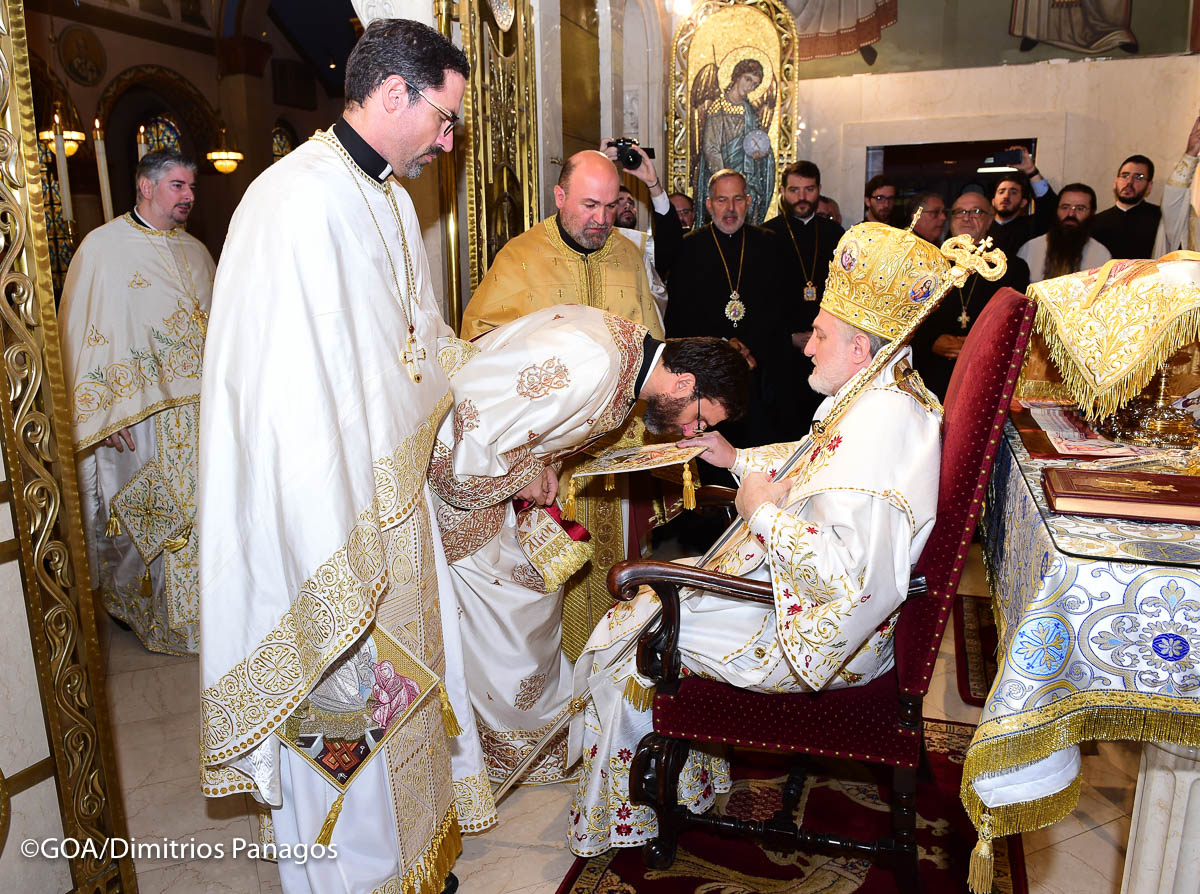 On November 3, Father Panteleimon Papadopoulos joined us as our new Prositamenos.

Father Panteleimon was born in Norwalk, CT to Nikiforos and Eleftheria Papadopoulos who themselves were born in Ptolemaida in Makedonia of Greece. He is the youngest of three brothers. Father attended Norwalk High School and finished his undergraduate degree at Fairfield University in 1998 while double majoring in Biology and Religious Studies. In the fall of 1998, he began his studies at Holy Cross Greek Orthodox School of Theology graduating Valedictorian in 2001. In the summer of 2000, he was married to Georgia Sidiropoulos and by God's grace have raised three children, Eleftheria, Nikiforos and Alexandra.

In July of 2001, Father was ordained to the diaconate by Archbishop Demetrios of America and assigned as deacon to the Archbishop. He served in this capacity until November 3rd when he was ordained to the Priesthood by Archbishop Elpidophoros of America. Father Panteleimon possesses a great love for Byzantine Music and the liturgical life and helped establish the Archdiocesan School of Byzantine Music (www.asmb.goarch.org) and the Archdiocesan Byzantine Choir with multiple performances nationally and internationally. On July 19, 2020 Archbishop Elpidophoros of America elevated Fr. Pantelimon to the rank of Protopresbyter of the Greek Orthodox Archdiocese of America.

To view the video of the ordination click here.

Fr. Milton and Presbytera Poppy Stamatos and moved into our community in 2005. Fr. Milton spends most of the year (typically Holy Week through Christmas) with us, celebrating Liturgies and Holy Week Services (as well as patrolling the food line at the Festival each year).

During the winter months, Fr. Milton and Presbytera can be found in Ft. Lauderdale, where he assists Fr. Chris Metropoulos at St. Demetrios.

Fr. Milton was ordained as the first lay priest in our Archdiocese in 1969, and we celebrated the 40th anniversary of his ordination in April of this 2009.